HEy everyone,
So last monday I was able to go to the Aquarium with another set of sisters in the mission and it was so cool. I enjoyed it a lot. But Let me tell you California traffic could almost ruin the happiest day of your life. Not joking. It was aweful coming back. I think back to how long it takes to get to Salt Lake and just imagine we went like half the distance and the same amount of time plus a little. Not my cup of tea...cause I don't drink tea. Okay but really I had very good time. It was fun. Here are some pictures of us!
This week we have a zone service activity we are excited about.
What else did we do this last week oh it was so cool so we do service for this lady who is pagen and she doesn't really listen to our message but the cool things is is that she stands up for us and tells people Christians that they should be more like the Mormons. She told us how there was a group of Christians that were doing a free car wash but was asking for donations and something else that really made her mad...well she went off on them about how the mormons come do service and don't ask for donations and she thought they were more christ like then them. It was kinda funny. I thought well that works. I am okay with that. so yeah anyways.
Miracle of the Week......we met this 15 year old girl who didn't want to have to put on a fake smile but have a real smile everyday. We taught her our message and the next time she saw us she was so excited and told us how she had been praying everyday and that it was weird at first but now she is getting better at it! It was amzing!!
Love you all whats the miracle of the week???? 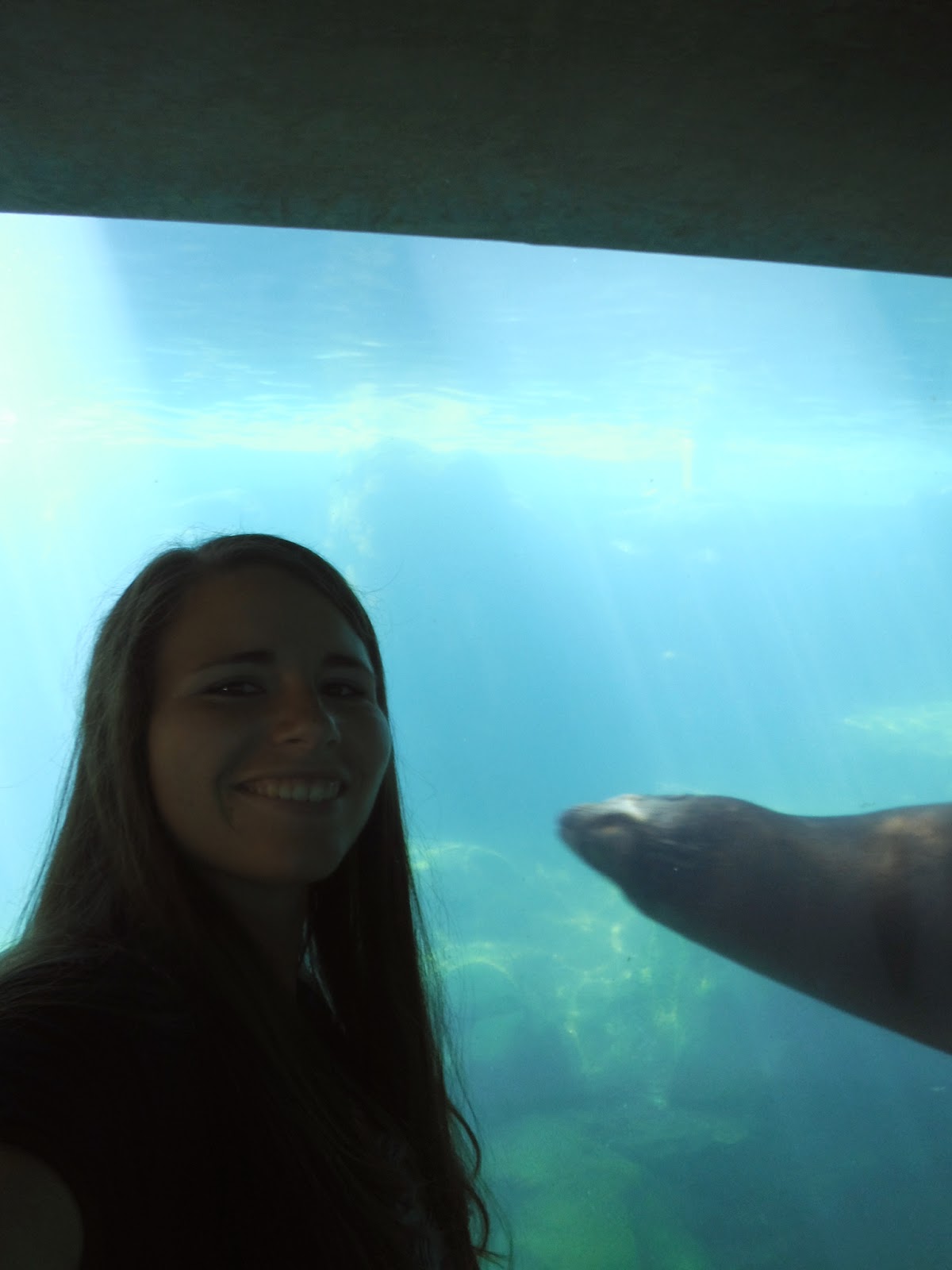 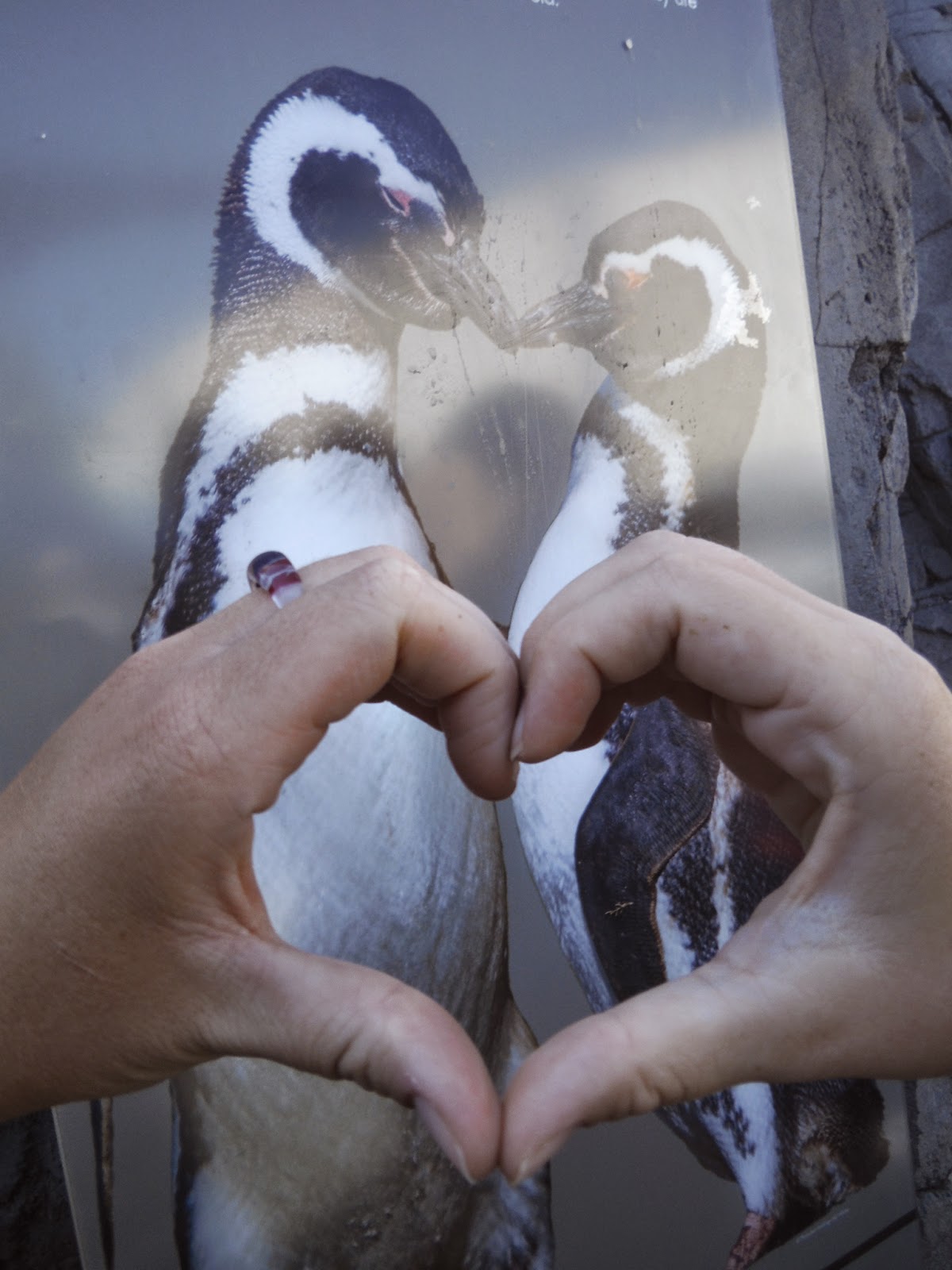 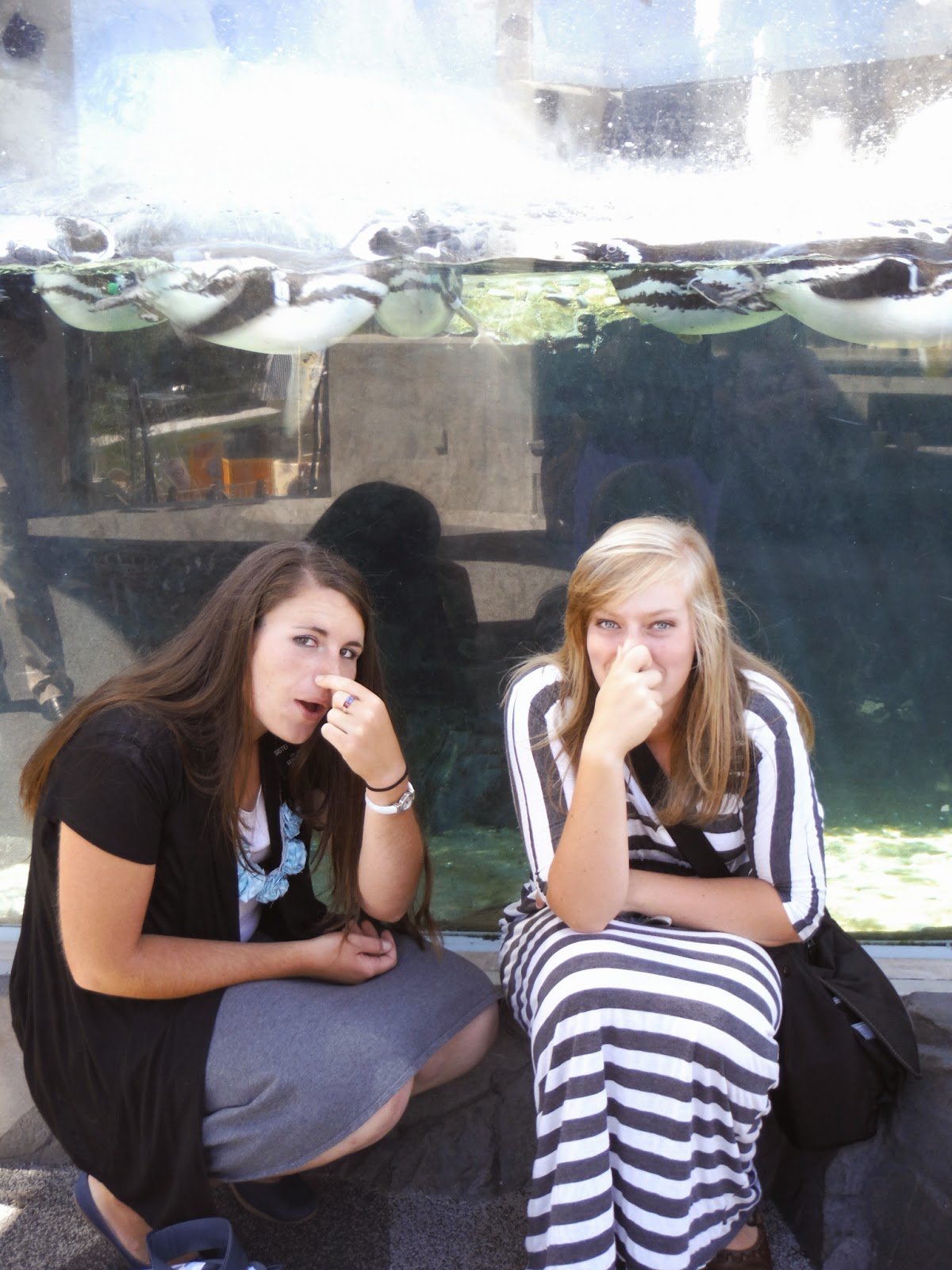 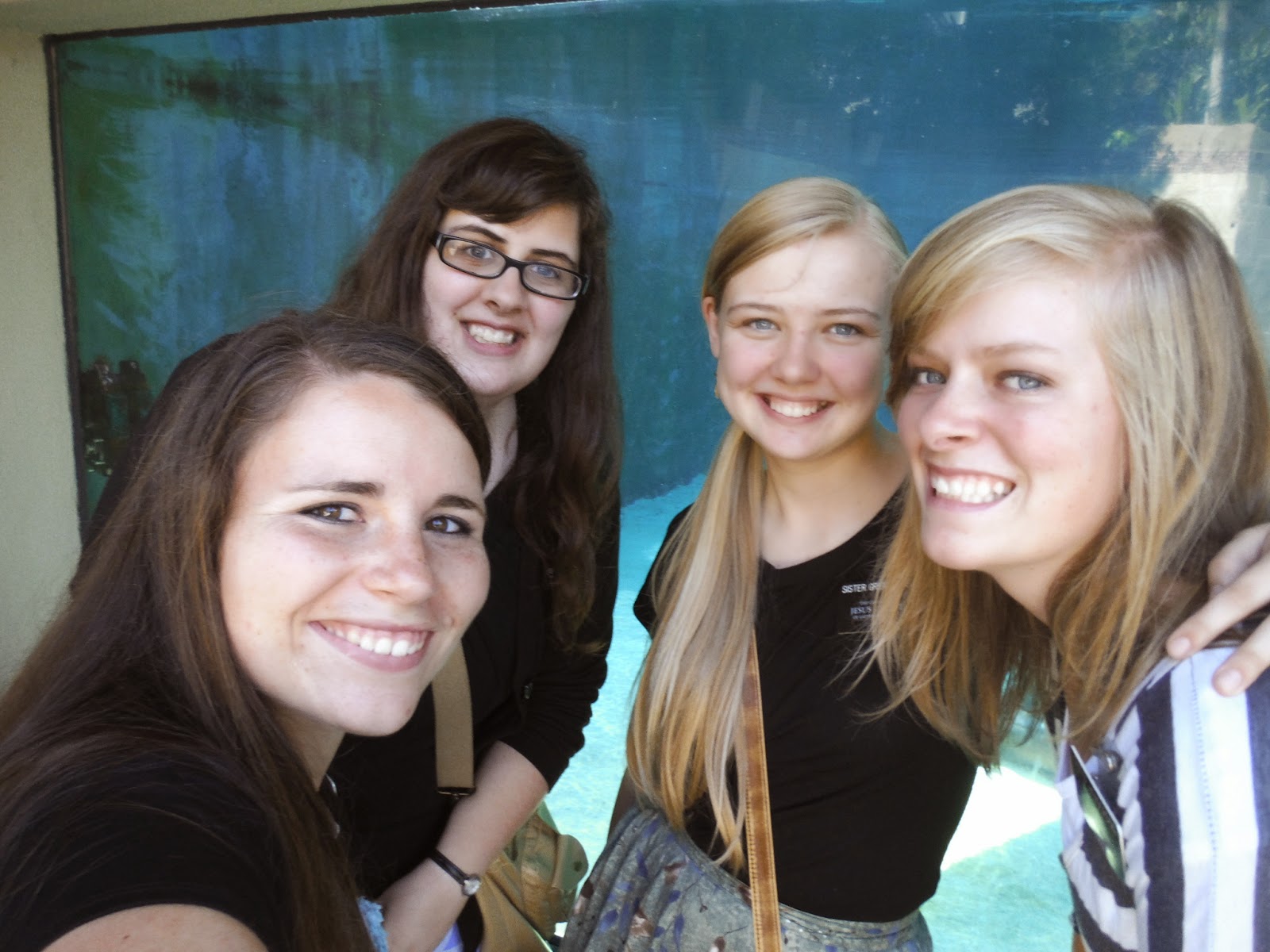 Hello everyone!
Well let's see...the greatest miracle this week was that we lived and no one injured us! Trust me with this last week it was a miracle.
This past week I have learned more about being in a Leadership position than any other time. I have discovered that sometimes people have to be addressed lovingly but very frankly and that they ask for help they tell you things so that you can help them be better and if you don't address it frankly they don't stop,...I learned that as a leader you have to go above and beyond expectations so that the people who are struggling the most will gain some desire and some inspiration to accomplish correct gospel principles. It can be overwhelming but God is there beside you and it isn't even you really it is Him doing everything. I have discovered that as we follow the Spirit you are placed in exactly the right time! For example this lady who me and Sister Folsom found in the park a few months back has been super busy but we are getting into contact with her again. Saturday we wanted to see her but I hate knocking on her door because her mom is so against us...well we went and were directed VIA Spirit to try her first well we contacted this family who was doing a yard sale and what were the selling??? A violin....for a very reasonable price....Remember how I love to collect instruments???? Yep so I will admit that I got slightly distracted by the violin...God knows my weaknesses though...remember that he said he would make them strengths? well as I took the instrument out of the case played around with it trying to tune it and what not we talked about religion and then I handed it to Sister Henderson who played at one point in her life and who walks by???? this lady does!!! So  I was able to talk with her and make an appt with her and that has happened two different times! I love it! She needs the gospel thats for sure!
Well Just so you know I may be sending a violin home in the near future as well...hahaha
I love you all What miracles have you seen lately?
Sister Pendleton
Posted by Di at 9:09 PM No comments: 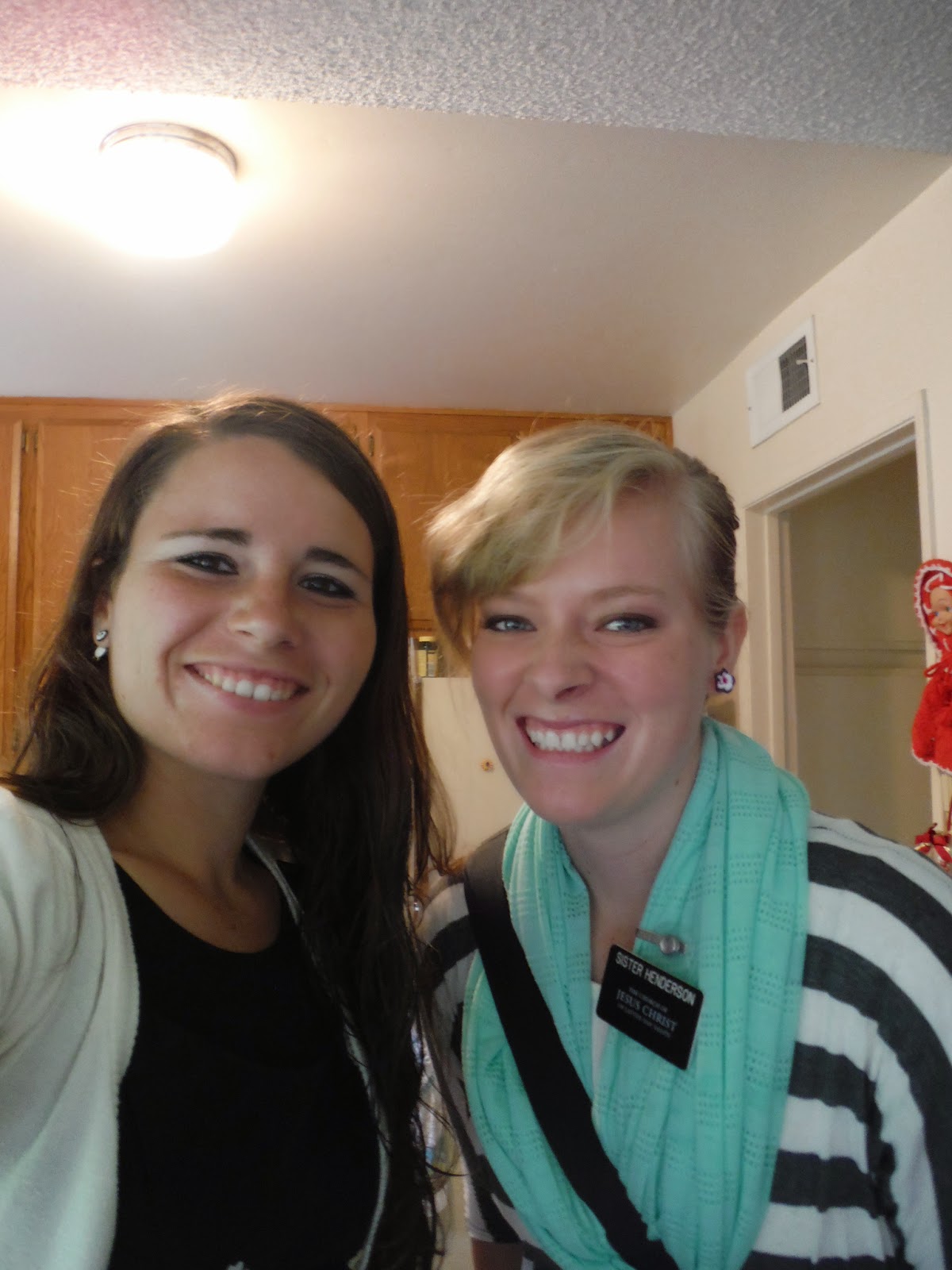 Me and Sister Henderson last week 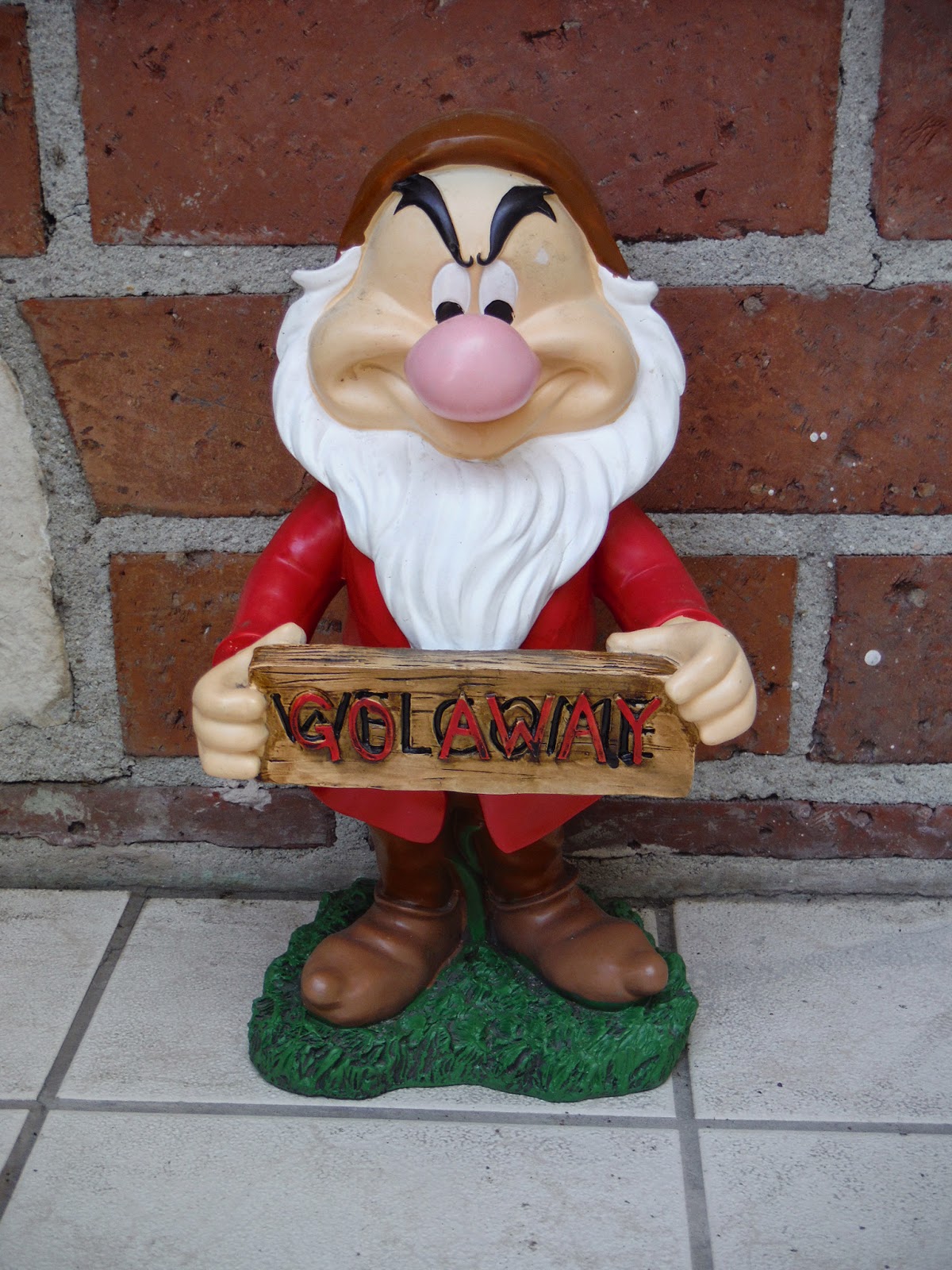 Out knocking and this is what we found...don't worry got permission from the owner :) 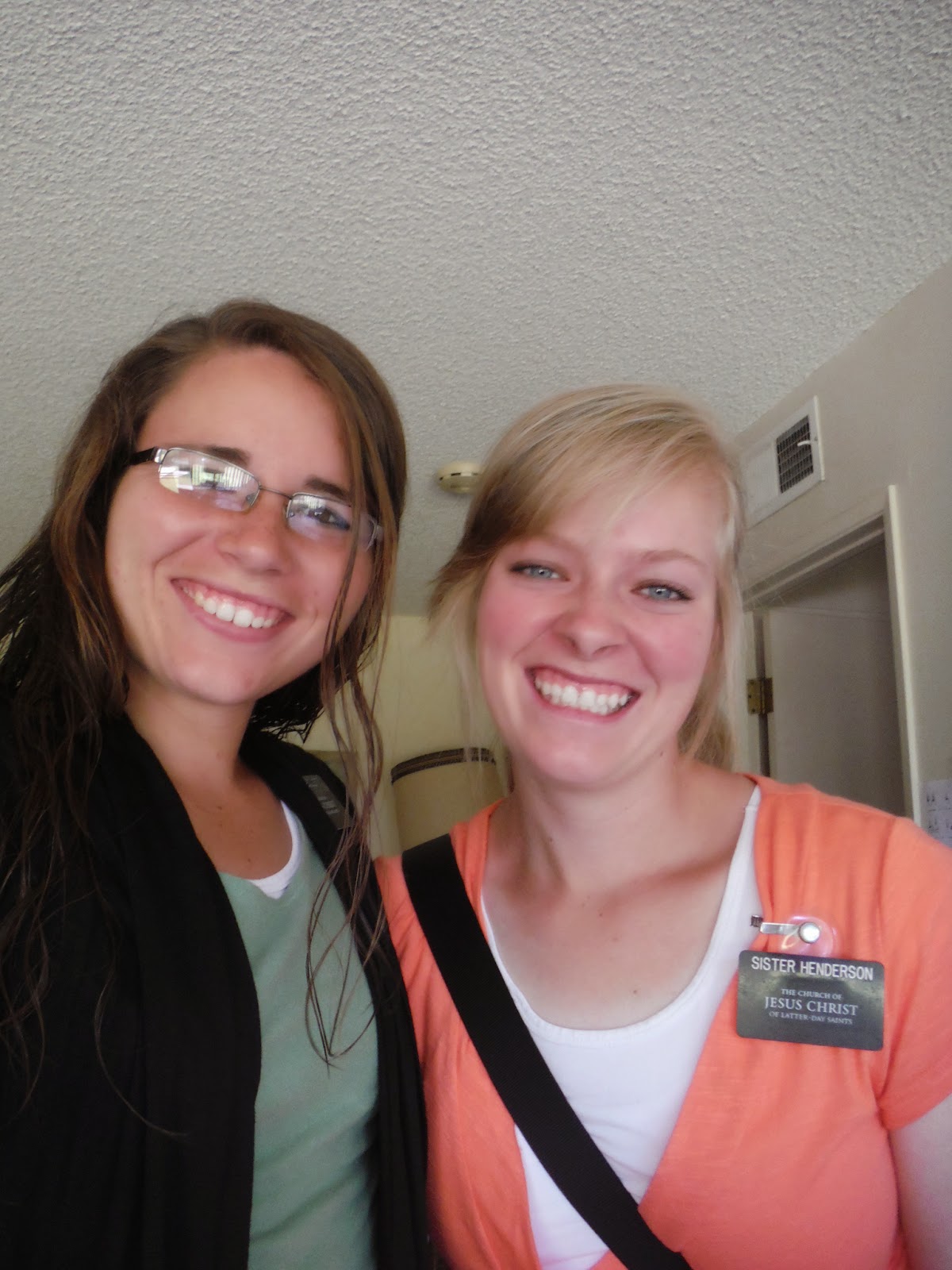 Me and Sister Henderson Today!!!!! Love you all!

Happy Birthday to Everyone!

Happy birthday to Russell, Tom, Grandmas and last week and this week!
Well this past week has been exciting we were able to take a RM out with us Friday and just had a great week! I love my area and my ward! They are some of the best. I am afraid that I will be leaving the area but am hoping for another transfer here not that anything will change until September...but still I love this ward. So ummm....I don't have much time and wanted to include pictures and they're worth 1000 words so you don't need me to write as much right???? Glad we agree on that!
Me sister Youngberg 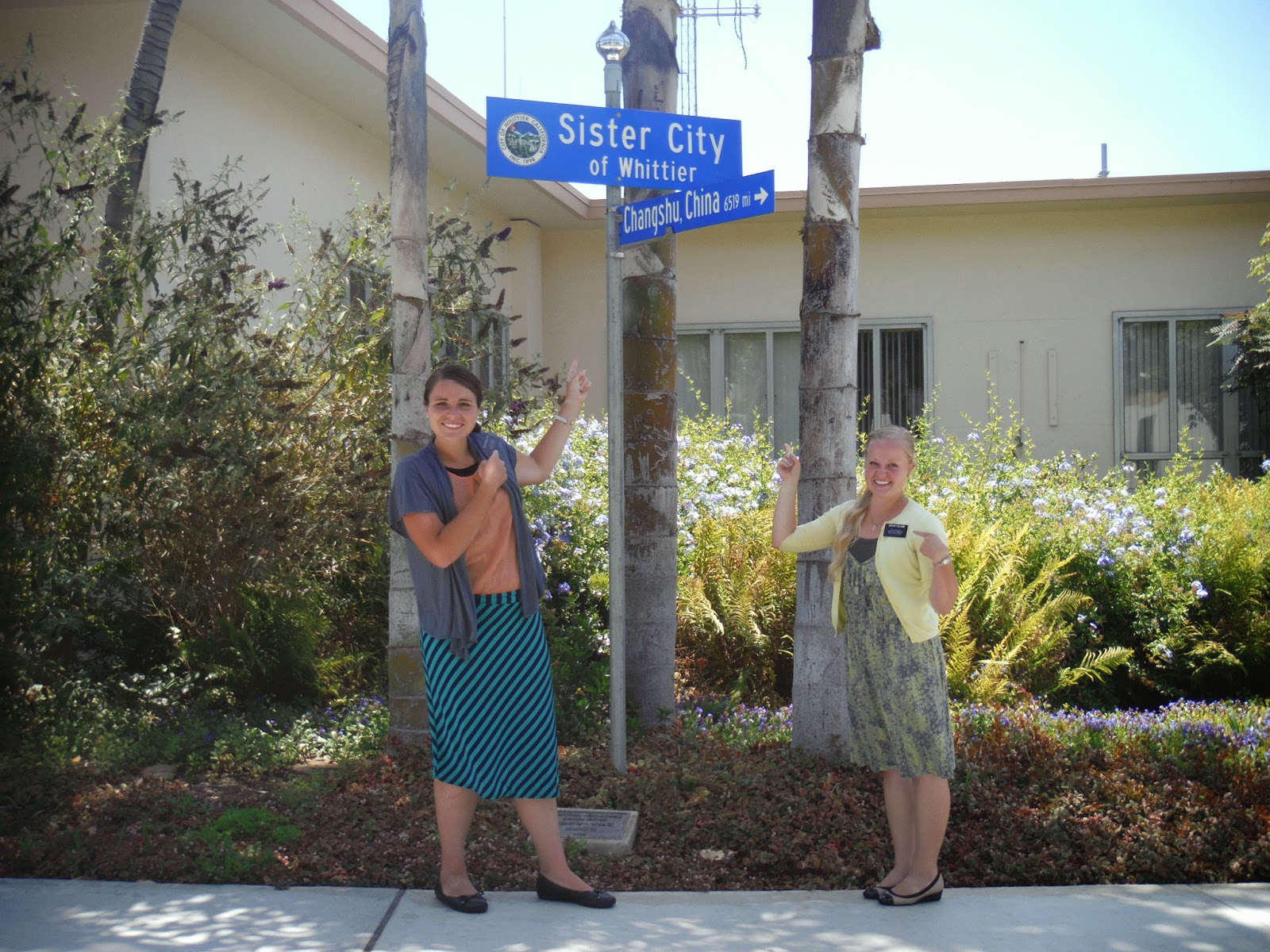 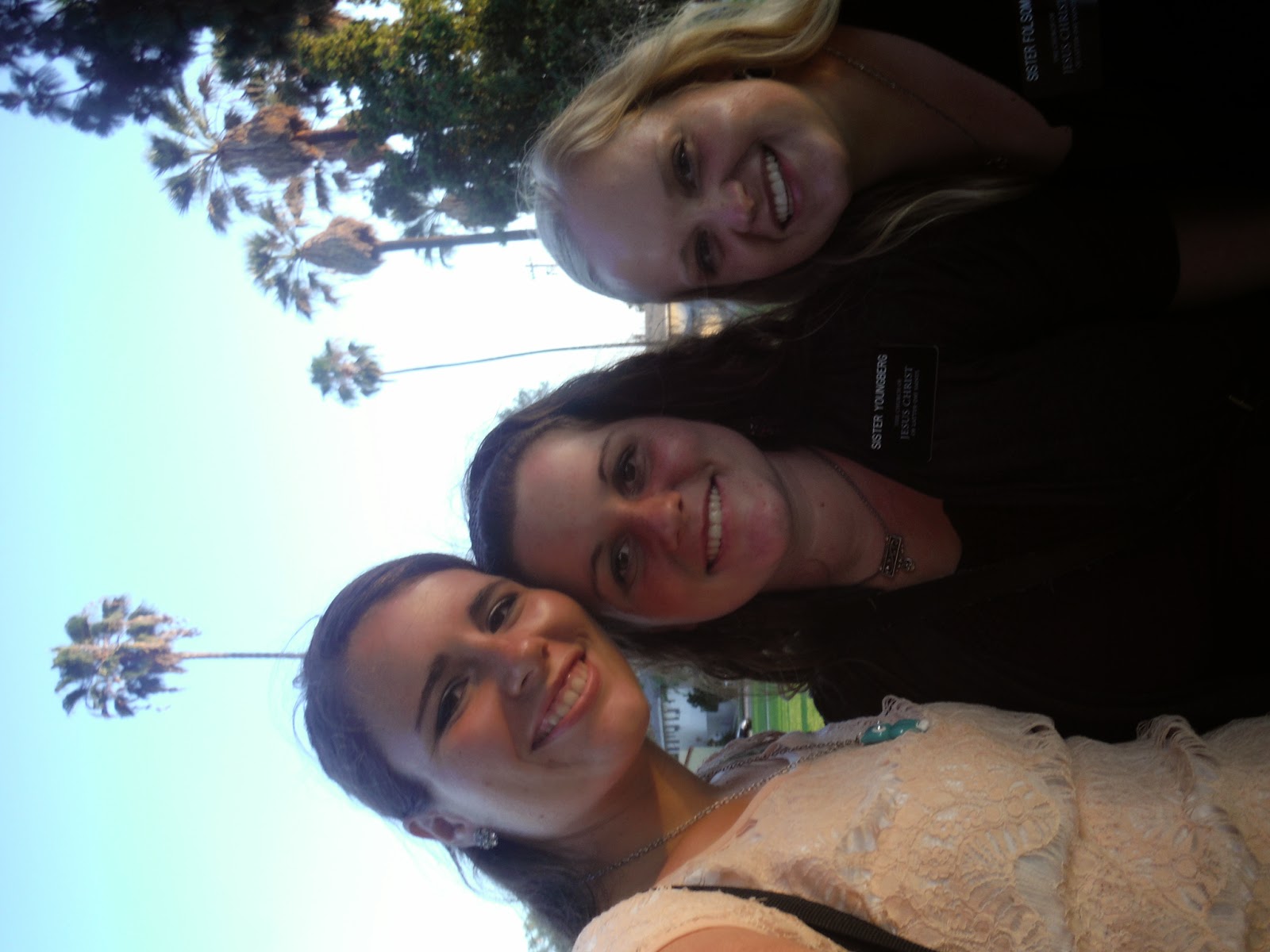 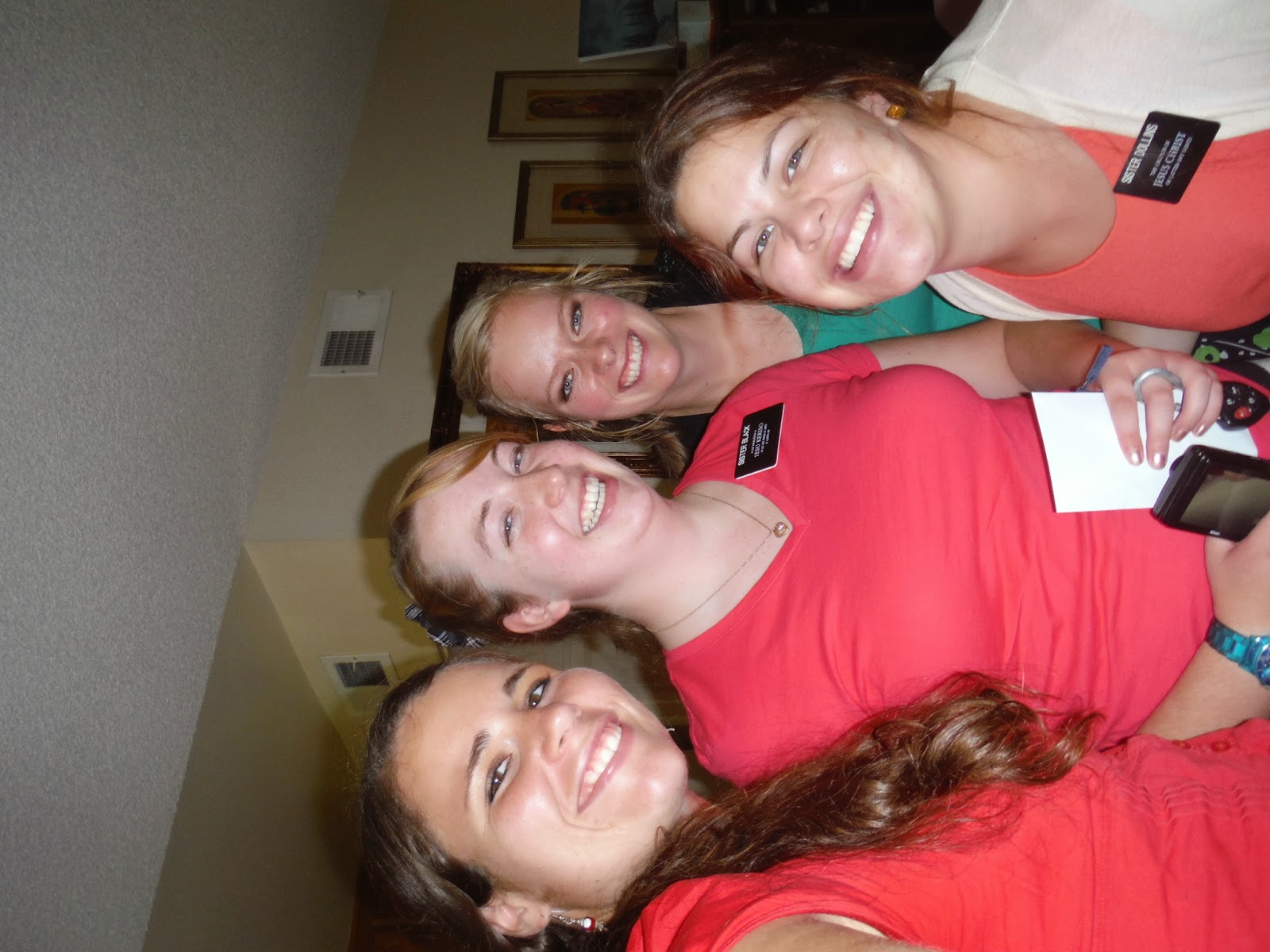 Hello everyone!
So I am writing first this time instead of reading so sorry if no answer.
Story Time!
We went out biking on Saturday. A full day of prostyliting it was awesome we talked with a lot of people we knocked on a lot of doors and had some people call us devils and lots of rude things all before noon but that is okay cause we were having a lot of fun! Sister Henderson and I were laughing a lot. We were on our way back to our apt for lunch when we saw this lady and started talking with her...now the difference with her is that she was right across from a 7th day adventist church....we don't contact near churches usually but had the impression to just ask for a referral and ask if she knew anyone who could use a message about hope. Well she looks around and then points at this little boy...I mean little boy 6 years old. I just look at her in my head and am like really??? are you wanting to hear the message and just pass it off to him or what? but we were like okay well we'd love to share it with him so the lady who turned out to be the grandma tells us how his dad is in jail but he doesn't know it and how he has been saying he just wants to kill himself and just been down. So we start talking with him and help him to understand that God loves him and how to feel God's love. It was the cutest thing ever. At first he didn't want to talk and had his head hanging down and wouldn't talk with us but then at the end he was talking and we gave him a picture of Jesus to take and one to send to his dad. It was super cute. I am glad we got that referral. We saw the Grandma later and she said that the message helped him a lot.
Next Story!
So we were trying apotential who had told us to come by later and ended up talking with a different Guy. Both of whom really need the Light of Christ in their lives...not my own observation but they both said it....(not that way though) so we get him talking about his relationship with God and whats holding him up and just felt the spirit guiding our conversation. He was kinda being a little obstinant and admitted he knew he wasn't where God would have him be. So we end our conversation and have him pray. He said he would and it was the coolest thing! God loves this guy and wants him on His side. So he is at the end of the prayer and his voice slightly cracks and as soon as he says amen he is like wow that was weird...and trying to shrug off what he was feeling. We were able to get a return appt though and will see if he will allow his heart to be softened any more. I have never seen someone try to shrug off the Spirit though. That was interesting. He couldn't though! He already felt it. :)
Well hope this lets you know that I am doing wonderfully well and I love you all!
what Miracles have you seen lately?
SIster Pendleton
P.s so signature of our phone can't fit both of me and my comps last names so it is Pen Hen hahahaha
Posted by Di at 8:57 PM No comments: